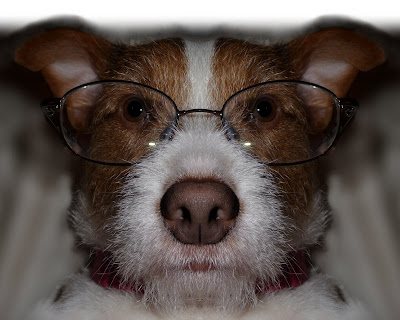 The last ten years have marked a period of dramatic change in the dog training world. Training models based on the work of author/trainer William Koehler and Nobel Prize winning animal psychologist Konrad Lorenz, began to appear flawed in some important ways. Emerging figures like Ian Dunbar, Jean Donaldson and Karen London were shedding new light on the subject and what's emerged is a far more nuanced, thoughtful approach that appeals to our better natures. In an ironic stroke, the last ten years has also given rise to the celebrity dog trainer. Sure, the 70's and 80's had Barbara Woodhouse and Matt Margolis but they've given way to Cesar Millan who's “Dog Whisperer” program on National Geographic is easily the most referenced source for dog training amongst my clients. The ubiquitous “psht!...psht!” while pointing is a dead giveaway. The irony lies with the approach. The pack leader or ethology based model espoused not just by Cesar Millan but by scores of dog trainers across the country, appeals to a lot of dog owners but relies on sensibilities more than it does on hard science. I want to be careful here; as my old friend James was fond of saying, “Don't let your mouth write a check your butt can't cash”. (always liked that one) I am not a scientist, let's get that out of the way, this is only my take on it; the science appears to support a shift in the language of dog training; specifically, treating dogs like members of our family, canine members but family members nevertheless. Now families have hierarchies; mom, dad the kids. So what's the difference, why the shift from expressions like “pack leader”, aren't they basically the same thing? I agree the difference appears to be subtle but in practice it's very important. Ultimately it defines the battle for the hearts and minds of dog owners across the country who are “psht'ing!” their dogs in earnest and trying to act like canine pack leaders as opposed to having a better grasp of how their dogs think and behave.

Regular watchers of Dog Whisperer have seen Cesar work through some remarkable transformations. Now thems' is fightin' words in some corners but I'm reminded of another favorite adage, “Get a room full of dog trainers together and the only thing two of them will agree on is that the third one doesn't know what they're talking about.” Whether you're a fan of Cesar or not, the guy's worked with dogs that were facing euthanasia and turned some of them around. His high profile renders him a target for sometimes harsh criticism by default. It also means you can't have a discussion about the current state of dog training without taking the massive impact of his show into consideration. It would be like talking about global economics without considering China's role in it, it's too big to ignore. Dr. Dunbar himself conceded as much by contributing to Millan's new book “Cesar's Rules” click HERE for more details on that. The AKC censured Milan in a high profile show of angst but as an organization the AKC is not devoid of controversy and no moral authority by my estimation. The last time I checked you can still walk into a pet store and purchase a dog with AKC papers, no questions asked. Some of these outlets try to blur the details of their puppies' origins with semantics, the sad fact is that they're likely coming from puppy mills, for me, a badge of shame for any pet store and at the very least a noteworthy chink in the AKC's armor.

So the current state of dog training is complicated. I'd go so far as to say it's a mess but that's to be expected when the basic culture of training is changing as dramatically as it has been. Discussions on the APDT LinkedIn member boards (say that ten times fast) have been lively and interesting, while others like Positive Dog Training Professionals, seem stifled by comparison; a shame since these forums have the potential to broaden the dialogue to such a great degree. The technology that makes possible an (in theory at least) open dialogue amongst trainers around the world has changed on a very basic level the way trainers debate the important issues that define how we go about doing what we do. Of course there's the untethered aspect of internet boards that allows for new words (for me anyway) e.g. "flaming" defined by urbandictionary.com as "An online argument that becomes nasty or derisive, where insulting a party to the discussion takes precedence over the objective merits of one side or another". Ultimately I think the ledger sheet reflects far more positive than negative comes from these forums and as younger generations turn more and more frequently to the internet for information it makes sense that this is where a lot of the cultural changes in this business will play out.

While not a practitioner of ethology based training, I am a byproduct of it and there's no question that practitioners of it have had success with it for decades. Let's face it, when something doesn't work it simply doesn't have a decades old shelf life, however it has been brought into the light of day, exposed to high definition and like the news anchor's complexion on your plasma TV, not as flawless as we once thought. Early on in my career I was impressed to read that the many of the brightest minds in our field, individuals who could be forgiven for having a healthy ego, were instead open minded to emerging techniques. It was an epiphany for me and I'm glad in hindsight it happened early on. I took from it a healthy disregard for zealotry. None of us should be so self absorbed as to think we've got this completely figured out; a lot of good headway's been made but like any other science this field is evolving.

This latest chapter in this evolution is “Positive Reinforcement Training”. Even casual observers of positive reinforcement based training will note there is no monolithic doctrine. There is a discourse amongst the very best in our field about what defines the “do no harm” approach and how it's realized in a practical setting. Frankly I'd be disappointed if there wasn't one. It was the stagnant state of affairs that could be blamed for a polarized mindset that exists on both sides of the training spectrum; the “Pinch Collar for Every Dog” and the “Throw Treats at Every Problem” schools respectively. In engineering, flexibility is fundamentally important for large structures to prevent catastrophic failure under extreme circumstances. I believe that same dynamic applies with respect to the training of dogs and I predict the science will bare this notion out in time. As a practical matter training is best governed by common sense and science. I think it's imperative that the training community embrace their responsibility to educate the dog owners they're working with. To make it about the dogs and their human counterparts. The most profound training moments in my career have happened quietly in people's homes where the likelihood of it sticking, of being meaningful is at it's highest. Our ability to access various training scenarios honestly evaluate our individual ability to address them and stay abreast of training theory are fundamental to that cause. Dog owners are not without some responsibility in this process. I'm vetted every time I conduct an evaluation. Dog owners should feel confident about their veterinarian, they're groomers and their trainers. Some red flags dog owners can keep an eye out for? At the risk of appearing self serving, reject training “guarantees” or boasts of “can train any dog”, that's the stuff of circus carnies not responsible, self aware dog trainers. I've got nothing against circus carnies but there's a lot more at stake when you're training a dog than a giant, stuffed ,blue panda. Dog's are not autonomous creatures; assuming you can predict their every whim is just foolish. Assuming you cannot makes for a more realistic approach, it might even give would-be dog owners a reason to reconsider whether they're cut out for dog ownership in the first place. Dr. Dunbar's Dog Star Daily website has a link to a compelling podcast on the subject HERE. Give it a listen, it's very sobering.

When I sat down to flesh this post out, I knew I was going to take a stab at a subject that was the proverbial hornet nest. I hoped my thoughts at this point would coalesce into something that would bring some clarity to the debate but I find myself conflicted about it myself at times. For example: A training scenario that has a dog rescued from a gas chamber in the deep south. It's found it's way with the help of a rescue group to a nice home here in Rhode Island. The dog owner is struggling with aggression issues that were not seen or perhaps revealed by the rescue group. After several weeks of counter conditioning, the dog is not responding to non-aversive techniques to curb it's aggression issues. I could be criticized as lacking the skill required to execute a non-aversive approach with that particular dog, fair enough. There are however scenarios where, without a change in a particular dog's behavior the long term prospects for that dog are in jeopardy. Those situations unfold from time to time, that's just the way it is. What if positive punishment/negative reinforcement, as a means to graduate to positive reinforcement/negative punishment yielded the desired effect? Are they mutually exclusive as some schools of thought allow for? For now, those scenarios are few and far between but when they do come about I've been inclined to do precisely that, so far with positive results. I'm not trying to break new ground, not even pontificate. These are tough situations that sometimes call for pragmatic solutions and while I don't count these amongst my most profound training moments I take some comfort in knowing that dog's on steadier ground than it was before the lesson. Are the hornets buzzing around my head yet?